The Tara, Piva, and Drina Canyons 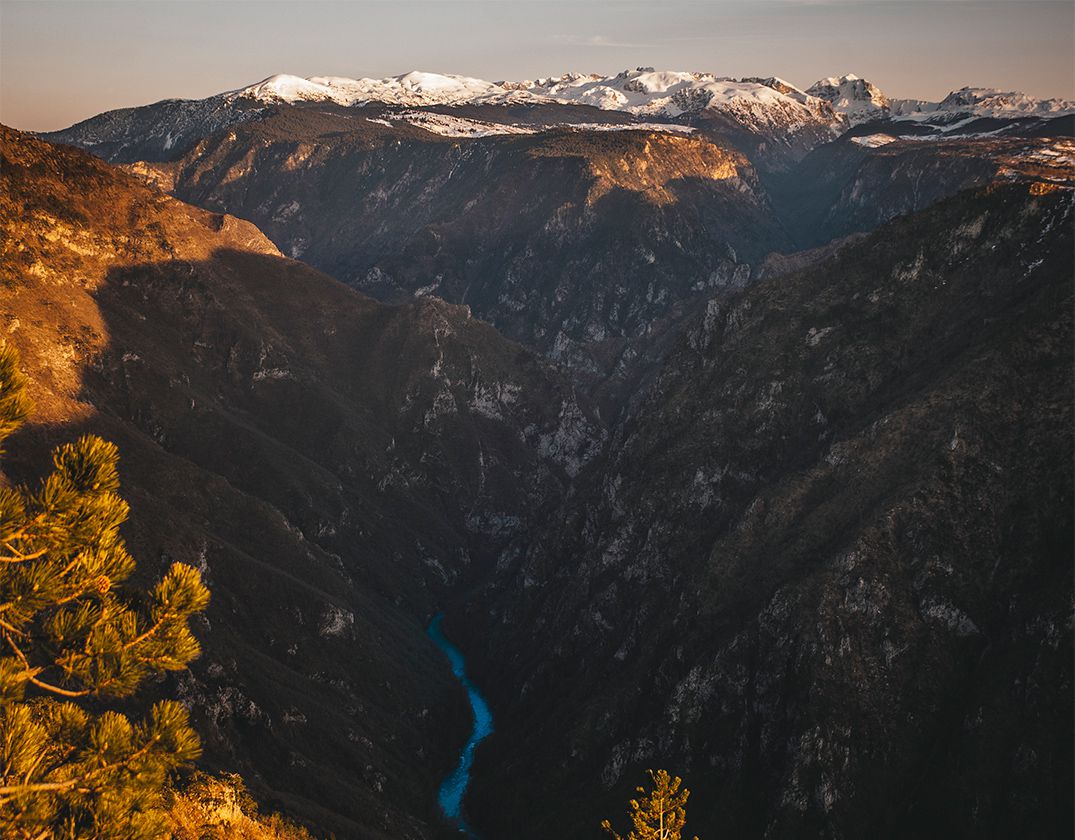 The Tara, Piva, and Drina Canyons

Three wild rivers merged into one

The rivers Tara, Piva, and Drina are located in the foothills of the high mountains Durmitor (the highest peak in the north of Montenegro) and Maglić (the highest peak in Bosnia and Herzegovina), and they connect two national parks: National Park Durmitor and National Park Sutjeska. The rivers are like golden threads that connect these two pearls of the Balkan Peninsula. The Tara and Piva rivers converge and create the Drina, thus continuing a series of natural wonders created in the canyons of these two rivers.

The canyon of the Tara River, the deepest canyon in Europe, is a living textbook of botany and biology and a place where many legends and traditions originated. A lot of clear and cold mountain water has flowed from the stories about mountain fairies and winged horses to today’s modern stories about visitors from all over the world who visit the Tara to go down its rapids. That much water might have also flowed down the canyon of the Piva River if a man had not decided to build an arch dam 220 m high across the narrow canyon. Still, the human hand was not able to ruin the uniqueness of this canyon, and today by sailing the artificial (Piva) lake, you can see a great part of the canyon that was not flooded by the dam. Building a dam required the entire town of Plužine and Piva Monastery (the spiritual center of this area) to be relocated.

The most important tourist attraction in the Tara Canyon is rafting. Every year, it attracts a great number of visitors, who are fascinated by the beauty of this mountain river and eager to come back to this place. Today’s commercial rafting was preceded by a period when timber exploited in the canyon was transported down the wild rapids of the Tara river under the supervision of the ‘triftars’, people who operated rafts made from logs. From time immemorial, there have been numerous testimonies of the connection between this river and a man, an unbreakable bond that looks into the future. 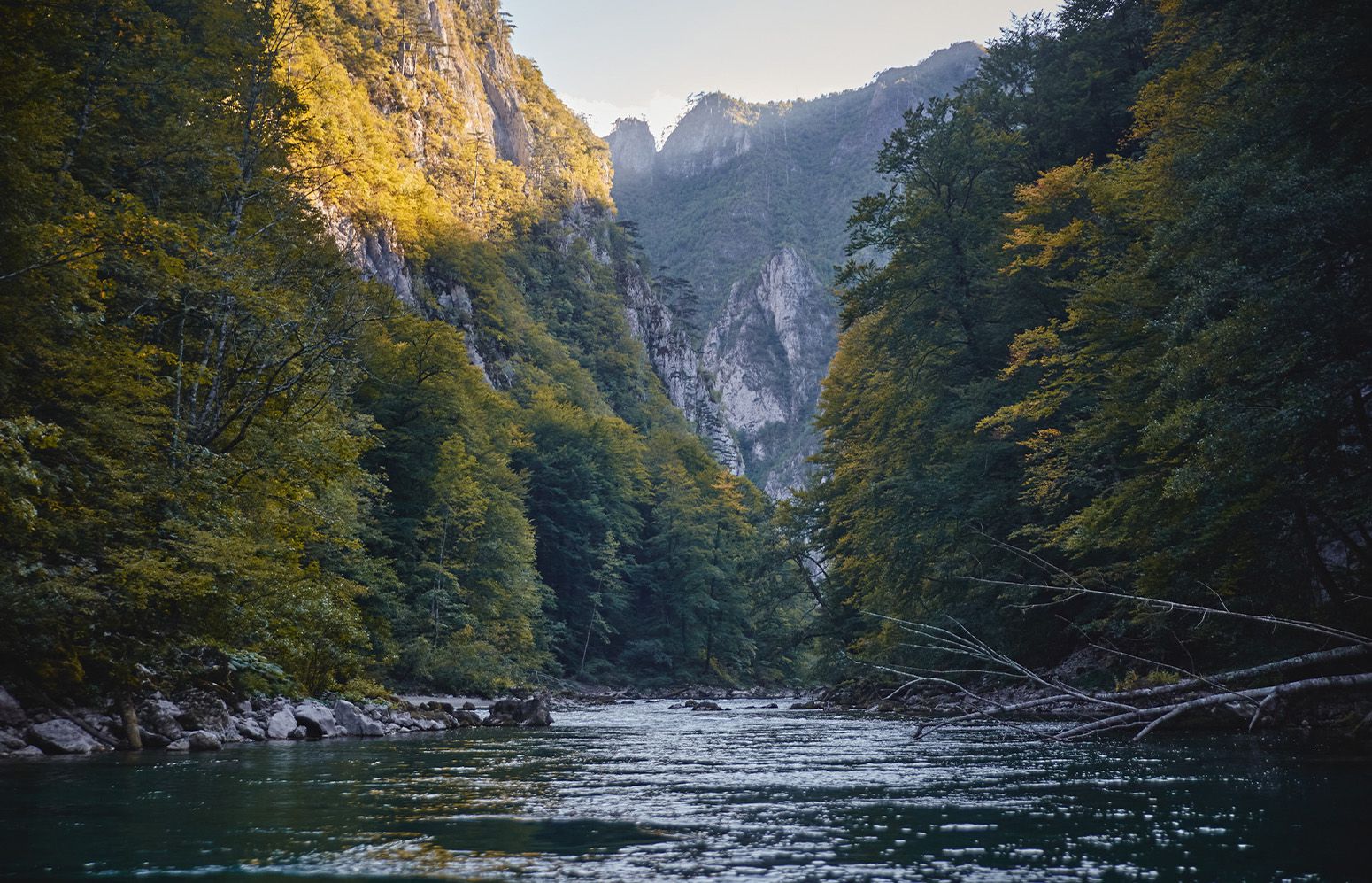 The Drina River and its canyon have no easy task to continue this series of natural wonders. From the mountain plateau Vučevo, in Sutjeska National Park, there is a view of Šćepan Polje, a place where the canyons of the Tara and Piva collide, forming the Drina River. On the other side of Vučevo, only a few kilometers away from the place where the Drina is created, the Sutjeska River (after which National Park was named) flows into it, and it flows through the heart of the Park. Along the next 340 kilometers, which is the length of the Drina River to the place where it enters the Sava, the Drina tells a story about the incredible natural wonders. All three canyons are extremely rich in flora and fauna, especially in chamois and brown bears. When it comes to the species of fish, three rivers are rich in trout, grayling, common nase, and huchen. Clear water and inaccessible canyons are home to many species of birds, crayfish, and many other species of plants and animals. 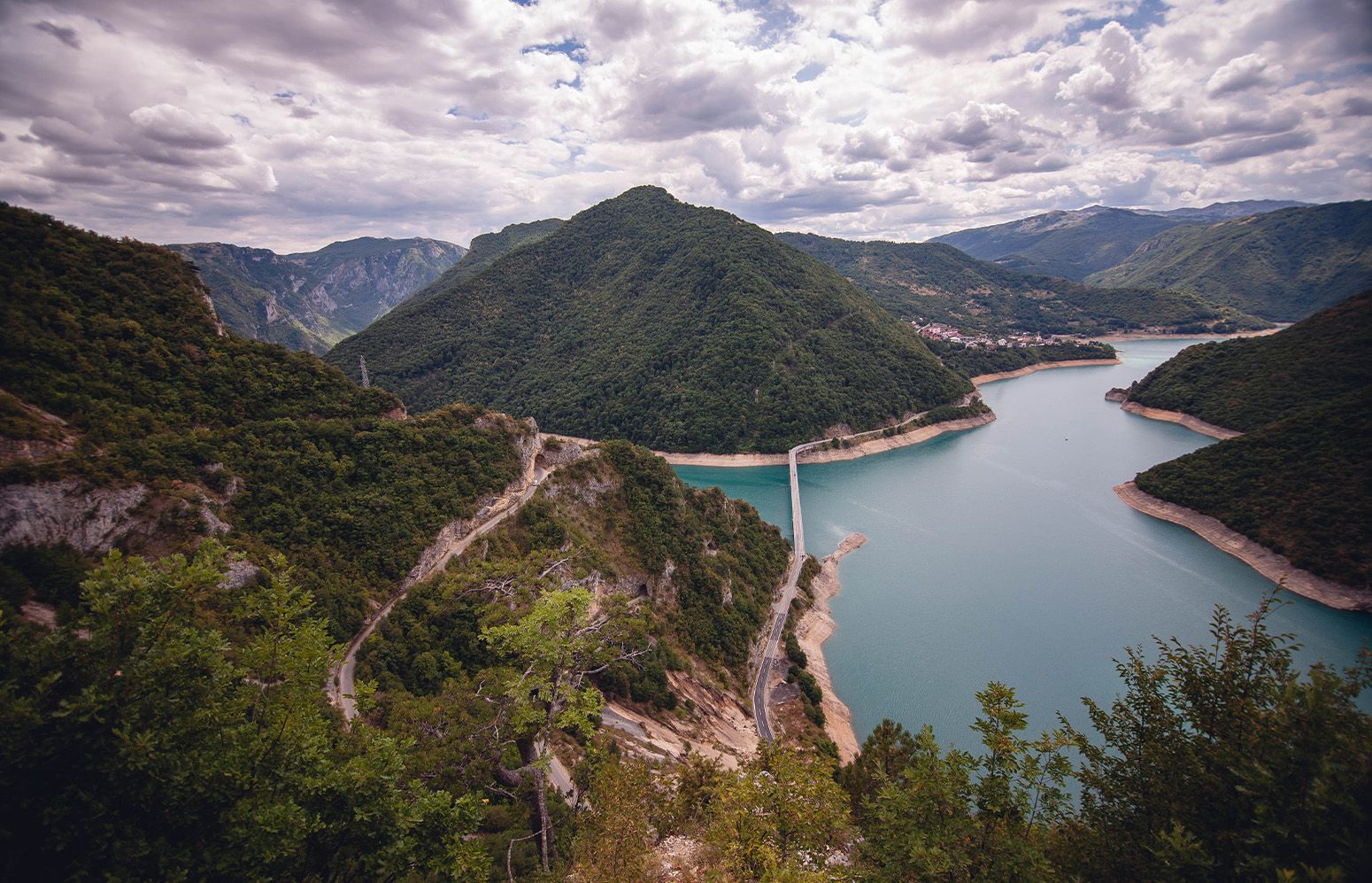